Most people have heard of Jack Daniel’s whiskey. The charcoal-mellowed honey-hued tipple is undeniably a global favourite. Not just anecdotally either; the Deep Southern spirit is the 4th best-selling whiskey in the world and the bonafide best-selling American spirit.

You can’t argue with those statistics.

Though it’s often blunted by the addition of Coke, the unique flavours of neat Jack Daniel’s are what have cemented it into the public favour. To sip JD is to experience the sweet, yet complex character of the Southern state in which it’s distilled.

When the smooth, golden spirit seeps into your tastebuds, you’re tasting at once the Smoky Mountains of Tennessee, the tall oaks, the red maples and the sticky-sweet reticent which sugars the breeze, lavished by the state’s abundant wildflowers.

Some say that Jack Daniel’s is the bottled essence of the whole of the USA. Frank Sinatra clearly thought so– he was buried at his request with a bottle of the beloved whiskey. Not that they needed it, but Jack Daniels couldn’t have paid for a better endorsement.

Where to buy Jack Daniel’s online?

For such a well-known tipple, Jack Daniel’s whiskey is steeped in a fair amount of mystery and peculiarity.

The mystery of Old No. 7

The rumour mill has been working overtime to speculate on the resonance, with some claiming that the ‘7’ represents the number of Jack Daniel’s lovers at the time of bottling. Others insist that the number indicates the number 7 train which delivered his barrels.

Either way, to add further intrigue; to date, the famed Tennessee Jack Daniel whiskey distillery has had a grand total of seven master distillers in its employ.

Perhaps seven was the number of distillations it took to get it right. We’ll just never know, as unfortunately, Jack Daniel’s took that particular secret to his grave.

Or just “Jack Daniel” to us.

In a stroke of both tragedy and serendipity, Jasper “Jack” Newton Daniel acquired a whiskey still at the tender age of 13. Prior to that, after the death of his mother and subsequent estrangement from his father, he’d been schooled by family friend Dan Call (or his slave, depending on what you read) on how to produce and distil whiskey.

During his adolescence, when perhaps his peers were loitering in town, guzzling the local moonshine, Jack was refining his own whiskey distilling process in order to be the best whiskey distiller Tennessee had ever known.

As we all know, he was wildly successful, and Jack Daniel’s whiskey can be found bejewelling the shelves of any self-respecting liquor store.

So, to complete the tale of Jack Daniel, his demise is closely linked to his life’s work:

On October 11th 1910, Jasper Newton “Jack” Daniel passed away from an infection which had slowly but surely wrought havoc on his leg.

As legend has it, six years earlier Jack had broken the offending toe by kicking the distillery’s safe in a burst of frustration, provoked from forgetting the code. In a twist of fate only fitting for such an icon, spirits were often used to fight infection. So, just maybe, Jack Daniels could’ve saved Jack Daniel.

Categorically a Tennessee whiskey and not a bourbon, the fact has nonetheless been subject to fervent controversy and has spawned heated debates over the years. The brand states (and the government concurs… now) that the famous whiskey is indeed a Tennessee whiskey, and shall be named as such.

In truth, the major component that behests the categorisation of Jack Daniel’s as a whiskey and not a bourbon is the painstaking charcoal filtration process which bestows the spirit its smoky flavour before the ageing begins.

Once distilled, the initially clear spirit is left to drip steadily through a barrel of handcrafted charcoal. This is known as the ‘Charcoal mellowing’ or by locals as the ‘Extra Blessing’.

It is this process that gives JD its colour and precisely defines the whiskey as… Well, a whiskey. And not a bourbon.

So, if you order a bourbon and coke at the bar and they give you a JD, on their heads be it.

A distillery in a dry town

Welcome to Lynchburg, Tennessee, where you can’t buy Jack Daniel’s in a bar.

The Jack Daniel’s Whiskey Distillery, other than being the world’s oldest registered whiskey distillery, is located in the dry town of Lynchburg, Tennessee.

With a minute population of 361 residents, Lynchburg is located in one of the few counties in North America that maintains an enduring hangover (so to speak) from the restrictive laws of Prohibition, which lasted nationwide from 1917 through to 1933.

Shortly after Prohibition, Lem Motlow, who happened to be Jack Daniel’s nephew, became State senator. With his influence (and a sprinkle of nepotism) he ensured that legislation allowed for whiskey to continue to be manufactured in his county, but interestingly, not sold. This remains the case today.

In actuality, due to recent reforms, you can purchase beers and wines from local bars and restaurants but they don’t serve spirits. That, of course, excludes Jack Daniel’s.

However, whiskey aficionados rejoice: under state law, you can purchase a commemorative bottle (or barrel!) from the distillery’s own White Rabbit Bottle Shop.

Furthermore, in a turn of rich irony, the distillery is the only place in the world where you can drink a free Jack Daniel’s. We told you, peculiar.

How to drink Jack Daniel’s

Although it’s great served with soda or in your favourite cocktail, the traditional way of serving Jack Daniel’s is neat.

Simply pour 35ml of Jack Daniel’s (at room temperature) into a rocks glass and sip away.

If you’d like to channel your inner Sinatra, serve two fingers of your favourite Jack Daniel’s whiskey with three ice cubes and a splash of water.

The best cocktails to make with Jack Daniel’s

Here are our top three favourite cocktails to do with Jack Daniel’s whiskey. Check our selection of the absolute best cocktail recipes for more inspiration.

Half fill a rocks glass with ice cubes and pour Jack Daniel’s over the ice. Add the simple syrup and bitters and stir for 20-30 seconds. Serve with an orange garnish or cherry.

Fill a highball glass three quarters with ice cubes, pour Jack Daniel’s and top up with apple juice. Garnish with an apple slice. This can be served hot or cold.

Half fill a rocks glass with ice, top with Jack Daniel’s, then Amaretto with a dash of cola. Stir briefly, and serve with an orange slice and a dark cherry.

How much does it cost to buy a barrel of Jack Daniel’s?

You can purchase a whole barrel (or 240 bottles worth) of Jack Daniel’s from the distillery in Lynchburg or have it sent to your home. The barrel costs $10,000, plus tax. You can hand-select your barrel, or have it chosen for you.

How much is the biggest bottle of Jack Daniel’s?

The biggest bottle of Jack Daniel’s is a whopping 3 litres, and it retails for around $250.

Is Jack Daniel’s a whiskey or a bourbon?

Although historically a subject of controversy, Jack Daniel’s is categorised as a Tennessee whiskey. Prior to the charcoal-mellowing process, it does indeed carry many characteristics of bourbon, but the finished product is a whiskey.

Is Jack Daniel’s a Scotch?

Jack Daniel’s is technically not a Scotch. All Scotch is whiskey, but not all whiskeys are Scotch. For a whiskey to be Scotch, it has to be made in Scotland. Jack Daniel’s is produced in Tennessee, USA.

Jack Daniel’s is the most popular American liquor and the 4th best-selling whiskey in the world. It’s been crafted with the same process for well over a century, with little changing in the method.

Which Jack Daniel’s is best?

There are many types of Jack Daniel’s bottles to choose from. However, the general consensus is that Gentleman Jack is the finest of the distilleries wares. It’s often described as the sophisticated, refined older brother of Old No. 7. 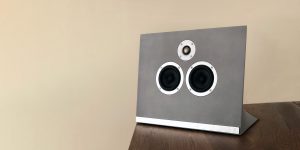 Comfort for kings. And queens. Your next pair of designer sneakers. The most talked about and sought-after luxury brands online right now. The most luxurious tea brands. 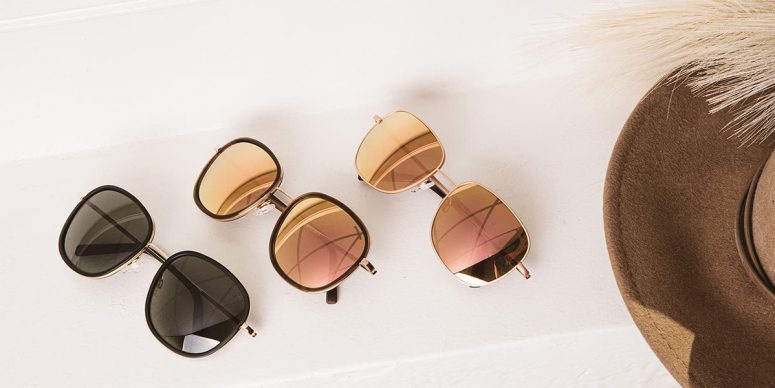 Style in the sun. The luxury car brands that are roaring online right now.